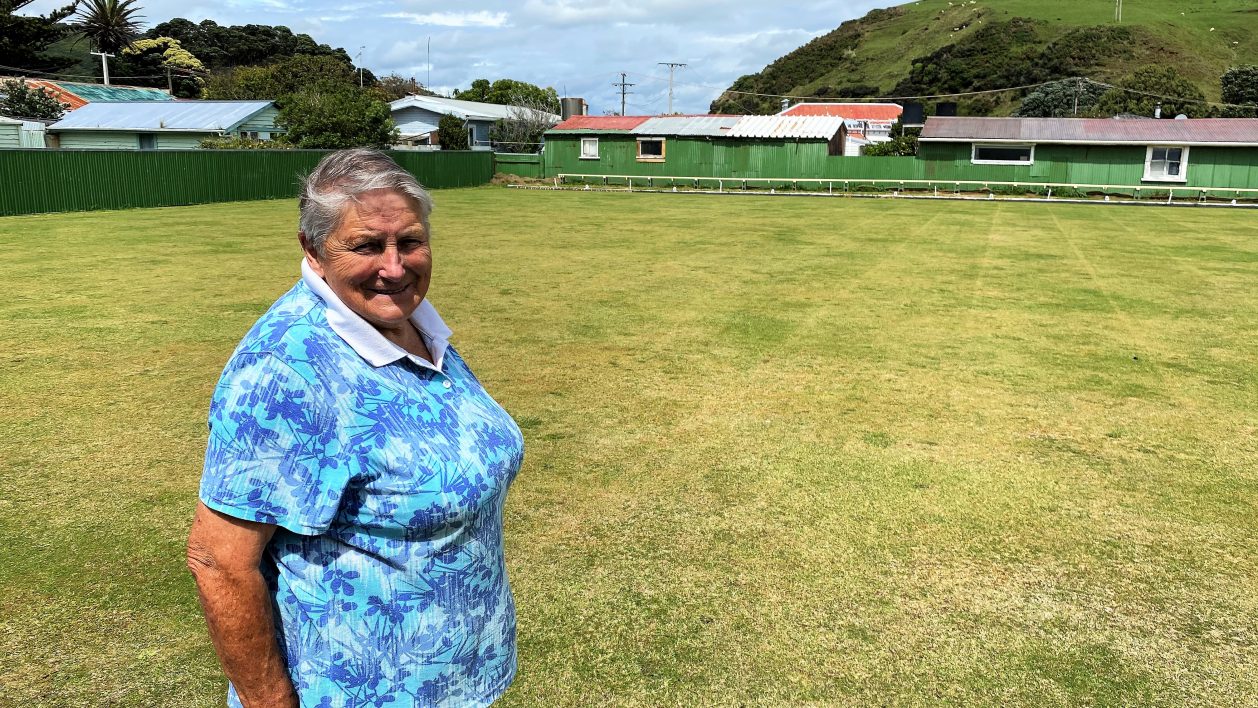 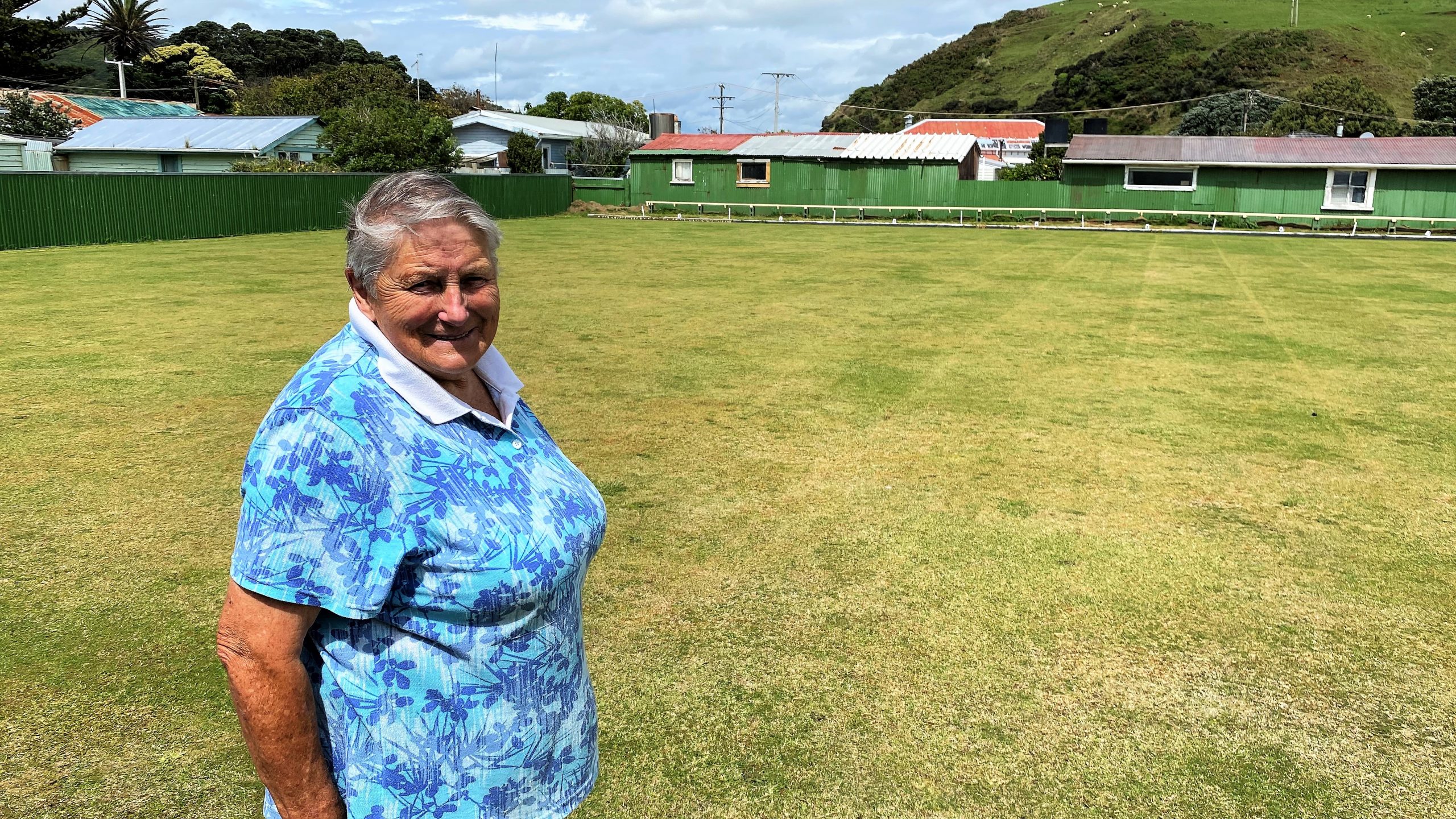 Mention Awakino, and most people will think of the small whitebaiting settlement on the west coast of the North Island : the last place on the coast before State Highway 3 hits the Awakino Gorge (going north) or the last place before a not-to-be-missed whitebait fritter sandwich at the Whitebait Inn or the River Run Café in Mokau (going south).

It’s a settlement of just 5 permanent households … and another 15 baches occasionally occupied by holidaymakers or whitebaiters during the season from the 15th August to the end of November.

It’s also the home of the Awakino Bowling Club … a club of 5 full-playing members, and 15 social members.  That mightn’t sound many, but in a town with a permanent population of ‘less than 10’, that’s like Auckland having a bowling club of 700,000 or 800,000 members!

“Only two of the permanents are playing members,” says Past President and Life Member Gail O’Keeffe, “The others come from around the district.”

Nevertheless, what other bowling club can skite about signing up 40% of the local population!

The Awakino Bowling Club is also the ‘Hadrian’s Wall’ of the Taranaki Centre – the northernmost club in the Centre … defending the Taranaki bowls empire against the insidious encroachment of competitive leisure-time activities!

And as far as Gail is concerned, they’re not going to be doing any encroaching under her watch.

She’s determined to keep the club open until she can no longer, and she is helped by a group of locals who feel similarly about their club.

After all, the Awakino Bowling Club has been around for nearly 100 years.

It was created by the local hotel proprietor, Tony Bartlett, who was also a pretty sharp bowler in his time, and wanted to be able to practise his favourite sport without the long trip to town.  He used his money (and corralled the help of some local labour) to build the green and clubhouse.  The club kicked off in 1927 with 10 members and an annual sub of 50 shillings.

“I didn’t join until 1992,” says Gail.  “My husband and I had retired in 1987 down the road at Mokau.  We had lived in Eltham, but used to come whitebaiting with a scoop net on the Mokau.  I can remember mum saying that when she was a girl she used to put a net out while she milked the three house cows.  She’d fill a 5-gallon can.  She used to feed the leftover whitebait to the pigs and chooks!”

These days whitebait is a little harder to come by.

But it doesn’t stop the smallest club in the Centre running the lawn bowls tournament towards the end of November it’s renowned for : the Whitebait Tournament.  “We’ve had 28 teams competing in the past,” says Gail, “14 teams out on the green … we only have 7 rinks … and 14 teams inside.  We swap over every hour.”

“The winners get 300gms of whitebait each, and the runners-up 250gms.”

But more important to the Awakino area is the annual Awakino-Mokau Community Christmas Party, which is being run by the bowling club after the local Lions Club closed down.

“We get over 50 people here,” says Gail.  “The club opens up the bar and puts on a feed : ham, chicken, potatoes, peas, salads, ice cream, jelly and pavlova.”

That’s what small communities are all about.

When they re-roofed the Awakino Community Hall across the road, the bowling club grabbed the old corrugated iron and built a ‘new’ fence around the green.   It was gratefully received.  The club isn’t wealthy … money is just used where it is needed ... like the rates bill which is $35 every quarter.  Otherwise, things only happen with volunteer labour.

“We’re proud of our club.” says Gail, “and we’re all looking forward to our centenary celebrations in 2027.”

Keep up the great work, Gail and team.