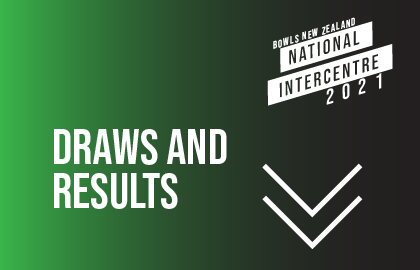 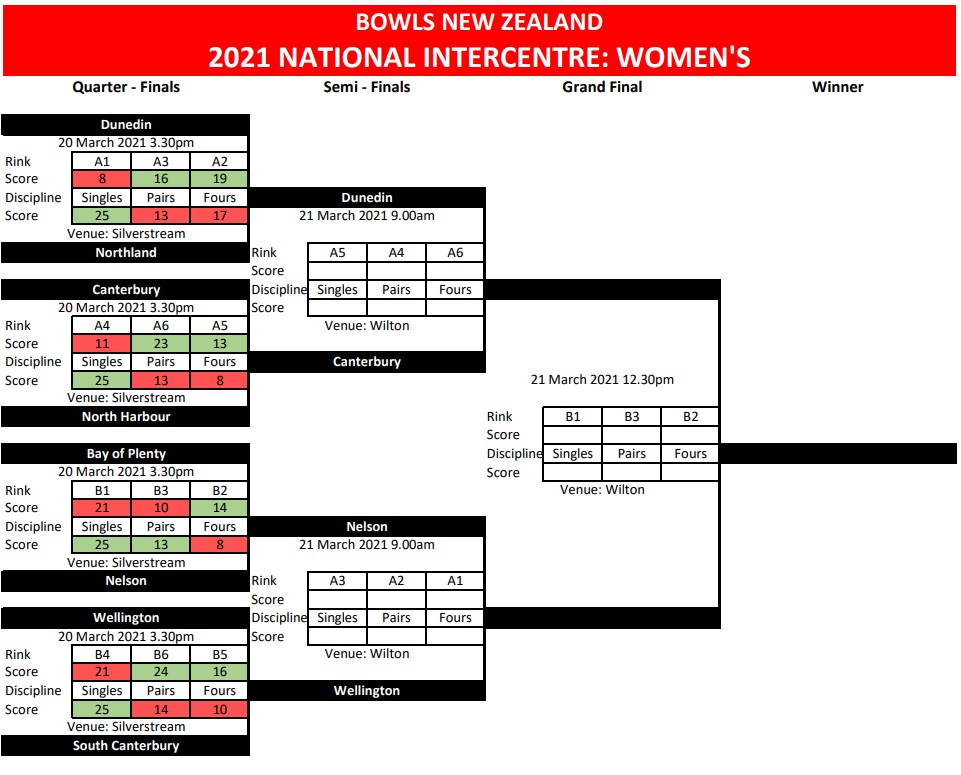 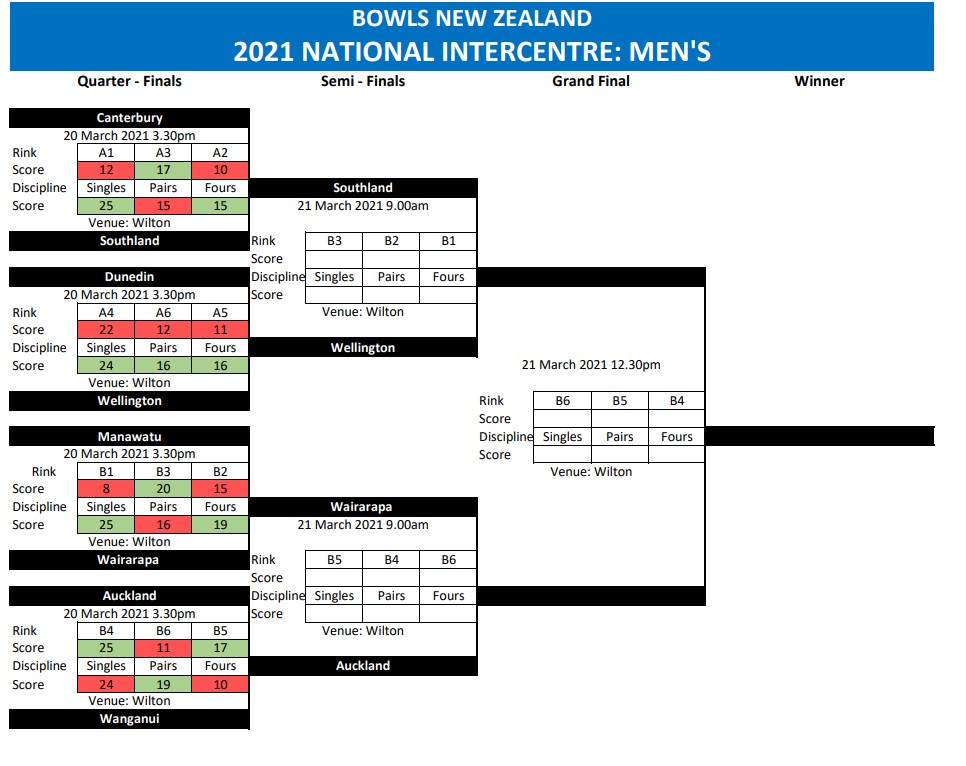 The 2021 National Intercentre is down to the semi finals, after an enthralling set of quarter finals captivated crowds at Wilton Bowling Club and Silverstream today.

In the first match up, defending champions Canterbury took on Southland and pulled up short, losing the Singles rubber 12-25 and the fours 10-15, but taking out the pairs 17-15.

In the second quarter final Wellington swept past Dunedin with three wins, although all of the games were closely contested.

In the third quarter final, incredible scenes unfolded at an noisy Wilton as the small Centre of Wairarapa overcame the Mighty Manawatu in a titanic tussle. Locked at one win each, this match up came down to the fours, and what a fours game it was! The final ends were live streamed and it was Wairarapa, in the end, who were able to hold their nerve and book a place in the semi final of the National Intecentre for the first time ever. Incredible.

The fourth quarter final saw Wanganui take on Auckland, the fours went Aucklands way with the comfortable scoreline of 17 points to 10, and the pairs went Wanganuis way similarly, with Wanganui winning that match 19 points to 11. The singles was amazing, with the Auckland singles player Jamie Hill coming back from a large deficit to squeak over the line 25 points to 24-a great battle.

In the first match up, Dunedin took on Northland. Northland took first blood with a convincing win in the singles match of 25 points to 8, but Dunedin fought back and showed their mettle. Winning the pairs and fours matches 16-13 and 19-17 respectively.

In the second match up Canterbury played North Harbour. North Harbour stormed to a convincing singles win of 25 points to 8, but it wasn't to be for North Harbour as Canterbury fought back and claimed their spot in the semi finals inch by painful inch. Eventually winning the fours game 19-17 and the pairs match up 16-13

In the third match up, Bay of Plenty took on Nelson. Bay of Plenty had been dominant in their section and put up a great fight, winning the fours match up 14 points to 8, but losing the singles 21 points to 25, and the pairs 10 points to 13. Thus, Nelson is through to tomorrows semi final.

In the fourth quarter final, Wellington played South Canterbury, losing their singles 25 points to 21, but managing reasonably comfortable wins in the pairs and fours (24-14 and 16-10 respectively.)

All of the quarter finals and Wilton and Silverstream were played in incredible spirit and with an incredible atmosphere; don't forget to follow the action, live tomorrow from 9am by clicking the Sky Sport Next link below.

All entrants are bound by Section 2 of Bowls New Zealand Code of Conduct.

The National Intercentre is an event at which Sports Betting may be conducted. Entrants and Tournament Officials are prohibited from placing bets and benefiting from bets placed by others. Disciplinary action in terms of Bowls NZ Constitution will be taken against Players and Officials who contravene this law.

Refer to the Bowls New Zealand website and Facebook page for any updates, results and news stories before, during and after the event.

Live streaming will be available from post section play here.

A classic, Classic at Wilton