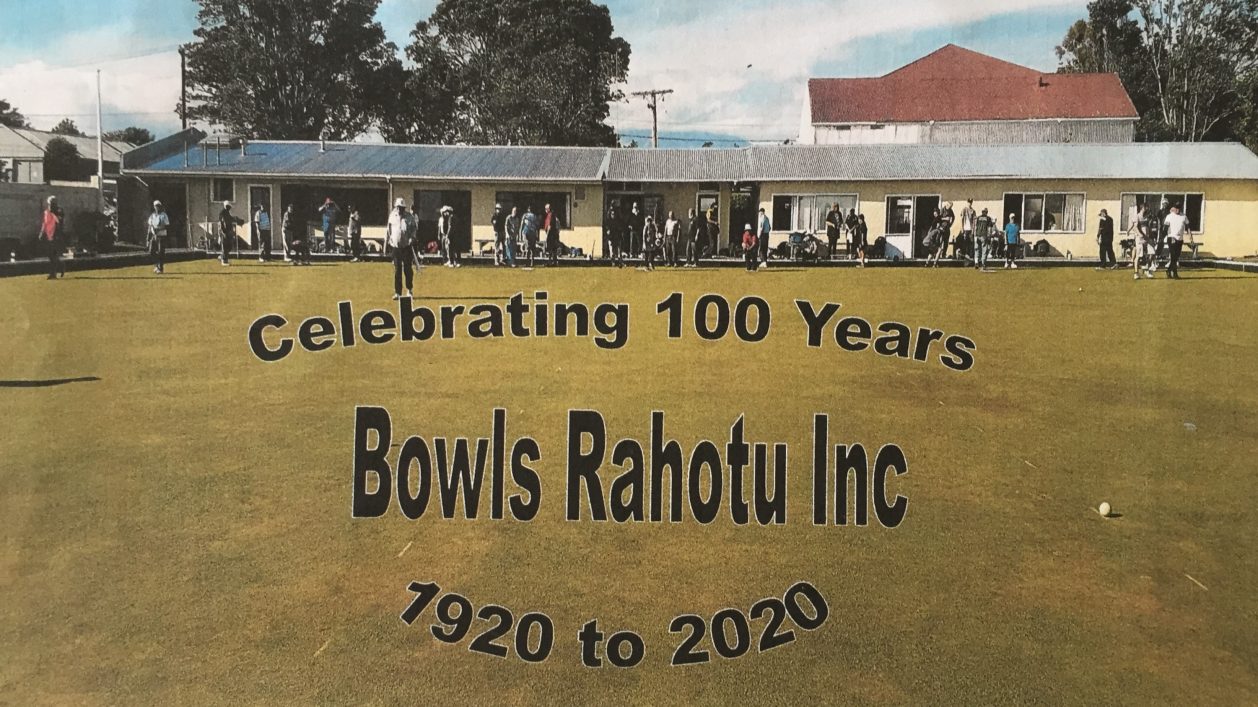 Chances are you’ve probably never heard of ‘Rahotu’.  Let alone been to Rahotu.  And let alone played bowls at Rahotu.

However, Rahotu is quietly famous for a number of reasons.  Five of them.

Firstly, Rahuto is the most westerly settlement in Taranaki.  That sounds about as west as it gets in the North Island of New Zealand, but the shape of Maui’s legendary catch means that the Far North of Kaitaia claims a more westerly place on the planet.

Secondly, it’s just a few kilometres down the road from Parihaka, site of one of the most talked-about land confiscations in New Zealand history.

Thirdly, it’s also just a few kilometres from the Cape Egmont Lighthouse … a ‘second hand’ cast-iron lighthouse that was originally built in London for Mana Island in Wellington Harbour, before being re-homed in Taranaki.

Fourthly, it was the home of the Rahotu Rugby Club where Beauden Barrett played his early game, before continuing to play for the Coastal Rugby Club, an amalgam of Rahotu, Opunake and Okato clubs.  Rahotu is the Barrett family’s backyard.

And fifthly, Rahotu is the home of Bowls Rahotu … a bowling club that will shortly celebrate its centenary.

“The club was formed back in 1920 by local cockies and townspeople” says Secretary/Treasurer Peter Charteris. “The council gave them a bit of land in the Rahotu Domain – enough for a 4-rink green and a small clubhouse. The club started with a membership of 33.”

Eight years later, the local publican of the Rahotu Hotel, Ted Whittle, spotting a way to increase liquor sales, donated land next door to the hotel which the club made its new home by constructing an 8-rink green.

“We’re still in the same place today,” adds Peter, “although ‘new’ clubrooms were built in 1991.”

Over the last hundred years, Rahotu has bowled way above it’s weight in the Taranaki Centre.

“The Pennington’s, David and Len, won numerous centre titles in the 50s and 60s,” recalls Peter, “Their dad, Harry, was a Rahotu club stalwart as well – he built the original clubrooms with the help of other club members.”

Many of Rahotu’s stars now play at the West End Bowling Club in New Plymouth.  “A lot of our players end up retiring in town,” says Peter,” but they still retain a soft spot for Rahotu.”  So much so, that the challenge for the West End – Rahotu ‘Log of Wood’, created in 1987, has become a twice-a-year fixture between ‘the Townies and the Coast’.

As has competition for ‘the Horns’ – an annual fixture between the Waitara Bowling Club and Bowls Rahotu.  “One of our juniors, Ivan Harris, created the trophy when he moved to Waitara and went to work for Borthwicks in Waitara.  A huge steer from Pungarehu arrived at the works one day with near perfect horns, and Ian decided the preserved and mounted horns would make a great trophy between his new club at Waitara and his former club at Rahotu.”

“They’re just a couple of the tournaments that have become annual fixtures here,” says Peter.

“We have 4 days during the season when the whole community seems to turn up to play progressive bowls.  We’ve had ‘Barrett Days” over the past few years, where Smiley has got his kids released from rugby for the day, and got them along to play bowls.  The locals love the fact that the Barrett boys still enjoy coming home to where they grew up. And to where their 4 grandparents played bowls.  Three of them played at Rahotu while Ted Barrett played down the road at Warea and Oakura.”

It’s probably a Kiwi thing.  We like our heroes to stay humble and grounded.  It’s probably the egalitarianism many of us inherited from our ancestors who fled the class society of the home country.

“We’re not just a bowling club,” observes Peter, “the local Lions Club uses our clubrooms, as does the local primary school.  In turn, we get fabulous support from the whole community – at last count, 34 local businesses sponsored Bowls Rahotu.”

At 100 years old, Bowls Rahotu is doing an amazing job.  All with just one cotula green, 20+ playing members and 10+ social members.